I play these venues,I know these people,the fans, the crew, the photographers, the journalists.It’s an attack on my world. ❤️to??!

In times like this we need to remember we are all in this thing together.Fuck the Hate over petty… https://t.co/tIAlxYWZxL

And tonight we drink French wine. Vive La France!! We stand with France and the French People! pic.twitter.com/XSHJR1g5yo

Rehearsing tonight! May our noise resonate and be an outlet for those overseas ?? #PeaceForParis pic.twitter.com/3HXiOQ2bjo

Our hearts go out to the people of Paris. https://t.co/Colws0guOm

My heart aches for the victims of tonight’s attack and the good people of Paris. Sending love to all… https://t.co/CMe5gqvNqP

To the people of France: We are saddened by today’s horrific events. We are praying for you in this time of tragedy.

I can’t imagine a reason to end so many innocent lives or believing that there is a God who would condone it https://t.co/wZPwzc8lFh

Heartbroken. Love and prayers to Paris.

Together we stand with the people and fans in France against the ugly face of terror. https://t.co/xTSsR4i2N5

My heart goes to all those lost, missing, affected. @le_bataclan has brought us all together many times before. https://t.co/subu3geeKT

Thoughts and prayers go out to Paris and the people involved in this tragic situation. — feeling sad

1st, my #love & condolences to all those affected by the #terrorist attacks in Paris. ❤️ 2nd, any… https://t.co/dIlgXhAtkh

Praying for all of our brothers and sisters in Paris. Big love to all of you. This stuff breaks my heart pic.twitter.com/GL7LhwZIJ3

Hopefully all of our Parisian/French are sage in the midst of this black day. WE LOVE YOU! #FozzyFrance

Our prayers go out to anyone involved with the current situation in Paris. Senseless acts of anger or whatever… https://t.co/uGcQWjPY2l

Our hearts are with Paris tonight. pic.twitter.com/ZRDD8BmhvM

Just angry, sick to my stomach, & sad about what has transpired in Paris. There comes a time for action…right about now seems good.

It also hits extra hard for me, because those were just fans at a rock show. Faces we see every night out here. I’m just heartbroken.

What happened in Paris is awful , so sad for these victims and so angry!

We are praying for everyone in this tragic event . ? pic.twitter.com/BXDCseQH1q

Our love & prayers go out to all the victims & families affected by these horrific attacks in Paris. Just heartbroken & sickened by this.

We mourn this tragic loss of life and stand with the world to salute your joie de vivre. Paix. pic.twitter.com/TrLFgnlRaK

Mortified by the horrific events in Paris. Our thoughts & prayers go out to all the innocent victims… https://t.co/I67BHhRazv

Sending all my love & thoughts to the French people. I hope justice is done for those who died & those who were hurt. #ParisAttacks

Kiss your kids, hug your partner and hope somebody somewhere has a plan.

sending all my love to all the people in paris being attacked, killed, and hurt and taken hostage right now

Unreal what’s happening in Paris, thoughts and prayers to everyone involved and the @EODMofficial dudes and fans trapped in that venue.

Sending our prayers out to #Paris

Positive thoughts and wishing safety to all those we know in Paris. Having just played Bataclan a few months ago this hits home.

Thoughts and prayers with those involved in the attacks in Paris. Horrible news to wake up to in Australia.

Paris, you are on our minds tonight…

The world has changed forever… Again.

Our thoughts go out to everyone in Paris right now. Horrible & very sad.

Our thoughts to everyone in Paris tonight #ParisShooting. Prayers to The Eagles Of Death Metal @EODMofficial #EODM.

Our thoughts go out to those in Paris

Heartbroken hearing the news coming out of Paris right now.

Praying for everyone in Paris

Our hearts go out to everyone in #Paris who was murdered and injured tonight. We are supposed to play… https://t.co/icezDODat9

As a musician I am just numb at this pure act of cowardly evil. This is what the world has come to…… Getting… https://t.co/md7w3m15eH

I’m speechless at this point. I pray for all the families of the victims of this tragedy.??????.… https://t.co/zyxvn3dpP4

My heart goes out to the victims in Paris tonight, to all our French Freaks out there are you all ok???

Many of us touring artist have played the Bataclan in Paris. Tonight reminds us all how close terrorism can strike to home. A very sad day.

#France you’re in my thoughts tonight. Sending you love, strength and support.

Heart breaks as I watch the news about the evil that took place 2night in Paris. WAKE UP WORLD! IT’S GOING DOWN RIGHT IN FRONT OF YOUR EYES! 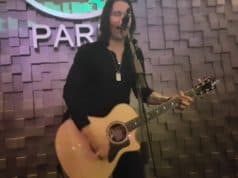 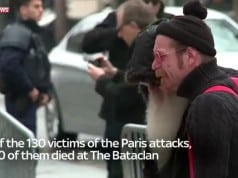 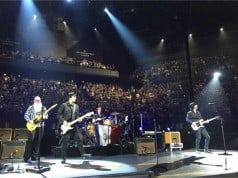